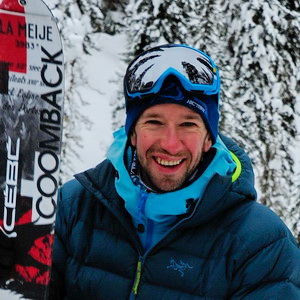 Grigory is ori­gin­ally from Kamchatka peninsula and has de­voted his time to ex­plor­ing the moun­tains of the re­gion from child­hood.  He’s been guid­ing in Kamchatka since 1999 and has run guid­ing programmes in winter and summer as well as or­gan­ised ava­lanche courses.
Long time ago he has spent several years in Siberia, and fell in love in this wild and beautiful country. Since 2011 he is in Siberia every winter season, skiing powder and sharing the beauty of this place with our guests.

His travel and guid­ing ex­per­i­ence in­cludes many great des­tin­a­tions, such as Kamchatka, Siber­ia, Cau­cas­us, Ja­pan, South Amer­ica, Canada, Morocco, In­dia and Ant­arc­tica to name a few.  Even though he is based in the Chamonix val­ley in France, Grigory spends sev­er­al months each year in Siberia and Kamchatka ski tour­ing and heliski­ing what he be­lieves to be on of the best moun­tains in the world. 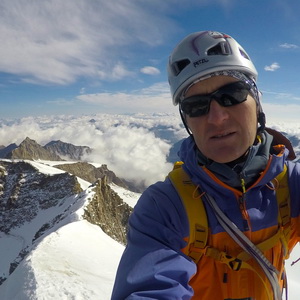 Sergey was the very first guide in Russian Mountain Guide Stream to get the Mountain Guide certification. And this could happen only because he is a very talented and strong skier and mountaineer, with extensive experience of skiing and guiding in many mountain places of Russia and all over the world.

His home mountains are Caucasus, where he is guiding all year around and also do avalanche forecasting work for “Rosa Khutor” ski resort in Krasnaya Polyana (Sochi). Besides guiding, he is in charge for Russian mountain guide school management as the Technical Director of Russian Mountain Guide Association.

Sergey joined our team recently and we are very proud of it, such a pleasure to work with so experienced and friendly person.

Dmitry was born in a small Siberian village and having grown up there, the local woods and mountains are literally his playground. He started cross-country skiing at the age of 3, then soon progressed to both snowboarding and Alpine skiing.  He continued this until he started studying Economy in Saint-Petersburg which forced him to stop the mountain sports.  Before long he finally learnt that an office job is not for him.  We found Dmitry several years ago in British Columbia, studying the Adventure Guide Diploma in Thompson River University – alongside shredding Canadian powder.  Throughout these studies he has spent some time as an apprentice guide in Snowy Mountain skitour lodge (Cariboo Mountains, BC). Dmitry’s mountaineering experience includes many mountains in Siberia, and also Belukha Mountain, the highest peak of the Altai Mountains.

Dmitry guiding in Siberia, the Caucasus and in Kamchatka. He is also an Operations Manager at Luzhba skitouring lodge. 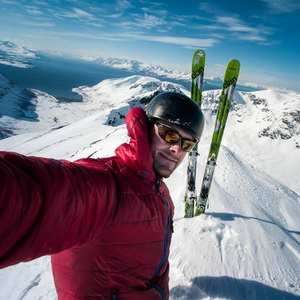 Originally from Germany, Peter been living and skiing in many places in the world. Austria, Canada, Japan, Armenia to name a few. Currently, he divide his home between mountains of Norway and Georgia. He has been a professional/sponsored ski-alpinist, with several first ski descents on 5000-6000m summits in the Caucasus, Andes, Tien Shan and Pamirs. In parallel he was doing study in Earth Sciences and in snow/avalanches sciences (PhD student).

Been working for many years as avalanche technician (avalanche safety consulting and forecasting), avalanche courses instructor and ski guide in Norway and Georgia.

To say that we are happy to see Peter in our team is to say nothing. He adds amazing amount of experience and knowledge, as well as a good ski style and passion to powder skiing.

Originally from Australia, Chuck got his guiding certification in New Zealand. He worked for seven seasons heliski guiding in New Zealand and four seasons in Canada. Now his home base is Furano in Central Hokkaido where he spent already fourteen years. His guiding experience also includes USA, Norway, Russia and Greenland. 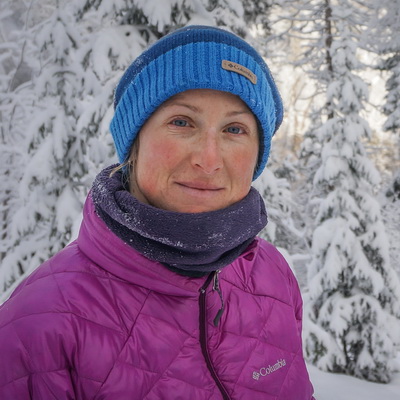 Before starting her guiding carrier, Anna was professional ski athlethe. She took part in Russian and International freeride competitions and won some of them. During the competitions and during personal trips she has been skiing in many destinations, such a Kamchatka, Siberia, Caucasus, Japan, Tien Shan, South America, Canada to name a few. First time she visited Siberia more than 10 years ago, and fell in love to this place and each year starts her skiing season there.

Anna was the very first female guide in Russian Mountain Guide stream to get the Ski Guide certification, and still she is the only one certified female Ski Guide in Russia. Now days Anna based in Krasnaya Polyana (Sochi), where she take a role of Lead Guide for local guiding company, and still travelling a lot in search of ideal slopes.

She is also on a way to become a mountain guide, Anna’s mountaineering experience includes some serious mountains, such as Peak Lenina, Denali, Marble wall (Central Tien Shan). 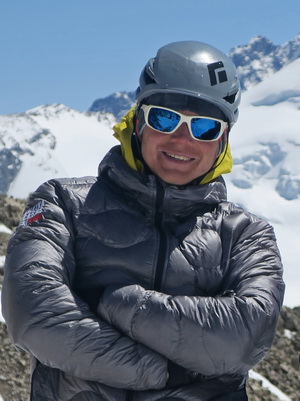 Alexander (Sasha) was born and grew up in small town of Russian Caucasus. In young years he started to do rock and alpine climbing and a bit later started snowboarding and skiing. His guiding and travelling experience includes many areas in Caucasus mountains, Siberia, Kamchatka, Norway, Svalbard and some others. His winter guiding is skitouring, catskiing and heliskiing, in summer time he runs canyoning, caving and climbing trips in Caucasus range.

Ekaterina (Katia) started skitouring in 1995 in Khibiny mountains. Since 1998 she has been climbing high mountains and later got training as mountain rescuer. At the same time she has been more and more skiing off-piste. Freeriding became her hobby, her passion and finally her job. She also took part in Russian and European freeriding competitions.
Out of guiding, for 10 years Katia has been working for ski resorts planning and ski slopes designing including engineering avalanche protection.

She’s working as a mountain guide for climbing, skitouring and freeriding all year round mostly in the Caucasus (Elbrus, Kazbek), Siberia and Central Asia (Lenin Peak). 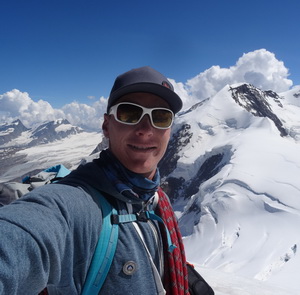 Denis was born almost in the flat area, Moscow city, where there are not mountains at all. But his passion for climbing and skiing has been ascended from his parents and led him to one of the most experienced and strong alpinists in Russia. One day he got a decision to not only play in mountains but also work, and after long study process became one of the first internationally certified guides in Russia.

His guiding experience started in 2008 and includes many ascents all over the world, including South America, Africa, Himalaya, Caucasus, Alps and many other mountain regions. Now days Denis is guiding mountaineering routes in the Alps and Caucasus, as well as skitouring and ski-mountaineering programs in Kamchatka and Siberia.

Any cookies that may not be particularly necessary for the website to function and is used specifically to collect user personal data via analytics, ads, other embedded contents are termed as non-necessary cookies. It is mandatory to procure user consent prior to running these cookies on your website.